Sizing up the 2012 Raleigh Classic Roadster 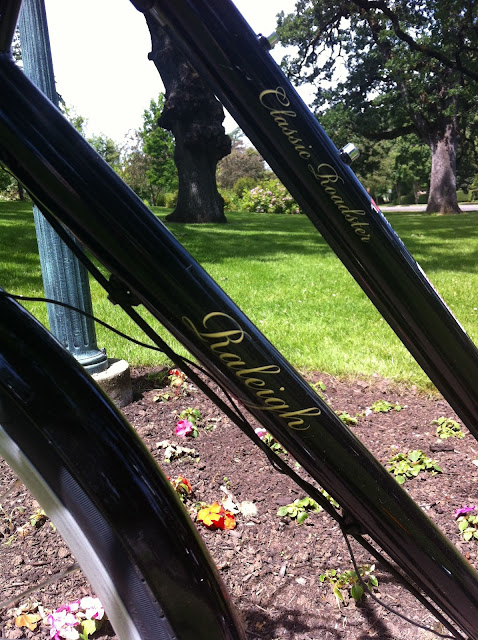 For someone who has ridden a 1963 Raleigh Sports for much of the last 35 years, the search for an updated version of the bike “concept” I am used to has been disappointing. For a long while, such bikes were not being made.

If I were asked to define that concept, I would list the following points:

Being designed along these lines, the old “All Steel” Raleighs were admirable bikes in quite a few ways. The frames were exceptional in efficiency and durability and their ride was smooth and surprisingly fast. But (and this is a major caveat), they suffered from fairly horrible braking, especially in the rain. This was the result of chromed-steel rims (to cut down on rust) with rather lackluster caliper brakes. The combination, especially in wet conditions, could be hair-raising.

There were other drawbacks, especially over time. The old Raleighs had cottered cranks, and while a perfectly effective way of attaching the crank, cotters need tending. Also, it is getting hard to find people who know how to do this work (if the owner doesn’t have the experience and proper tools), and the right cotter pins for the right model bike are often difficult to purchase. If the crank and/or spindle get damaged, that often turns into a much bigger (and expensive) problem. Finally, the older three-speeds Raleigh made were geared pretty high for some people…though I never found them to be uncomfortably so.

When the old Sports line was discontinued (in the 1980’s, I believe), it seemed to be the final curtain for the English-style three speed. Oh, yes…three speeds of various types were still being made, but most were of a very different configuration as well as build quality. Other types of bike were in the ascendancy: the road bike, the mountain bike, the beach cruiser…each became the “in” bike design for a time and such a mundane and practical design as the old light roadster seemed to have no place in an industry marketing its goods primarily to kids, vacationers, and sports enthusiasts.

With the advent of the post-Enron energy industry (sudden spikes of dubious origin), increasingly expensive extraction costs for oil necessitating a higher base price, and the economic downturn of recent years, new pressures have come to bear on this market. All of this met up with such things as environmentalism, the “Cycle Chic” phenomenon, the move to a more human-centered urbanism, and a realization that daily sedentation contributes to many chronic health problems. The market for bicycles not meant for vacation or leisure time has grown rather quickly. The “hybrid” class of bikes—perfect for those cyclists needing a less bent-over design but not wanting to look, well, old—began to crop up in greater numbers in various catalogs. Eventually, the ultimate “non competitive” bike designs (slow, heavy older types such as the Dutch bike) became a topic of conversation—and fashion.

Re-makes of classic European urban cycles suddenly poured forth from factories all over the globe, and among these were classic English designs. Eventually Raleigh—now a very different company than its earlier Nottingham, vertically-integrated self—decided to bring back an updated version of its light Roadster bike (it also makes an updated version of its classic heavy roadsters for sale in England…the “Superbe.”). 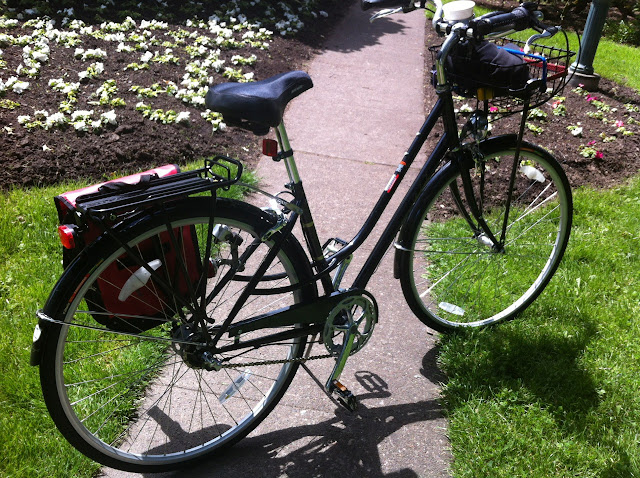 The Classic Roadster is in a number of ways a direct descendant of the old Sports line of bikes.

But, it has a number of significant improvements, as well:

There are only a few aspects of this bike that I find a little less than ideal:

In my initial journeys (commuting, in town, some recreational cycling on paths), the Raleigh Roadster “Redux” has done well. It is geared pretty low, so it is not as fast as the old Sports, but it can be made to ride a great deal more upright than my old Sports could. Upright cycling is not only the name of this blog but perhaps one of the most important characteristics I am seeking in a bike. The handling is good (probably would be a bit better if the handlebars were not quite so widely-spaced), the bike rides solidly and with a sure-footed grace that only steel gives, and the bike’s weight and geometry work well for this middle-aged character.

Best of all…my knees don’t give me the slightest back-chat any longer. Whoopee!

My verdict, thus far: I would recommend this bike to anyone looking for a well-made weekday workhorse or a weekend moderate activity bike. As I ride more and experience different terrain/conditions, I’ll explore more about this bike’s character and effectiveness on this blog. Suffice it to say for now that “I’m back in the saddle” again—though I will probably change the current saddle for a Brooks, eventually! 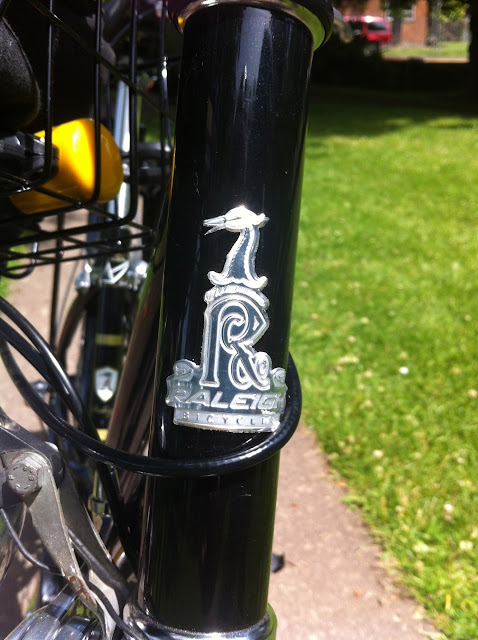 Here are my further reflections on this bike after about a year of use...
Posted by B+ at 5:18 PM 6 comments: