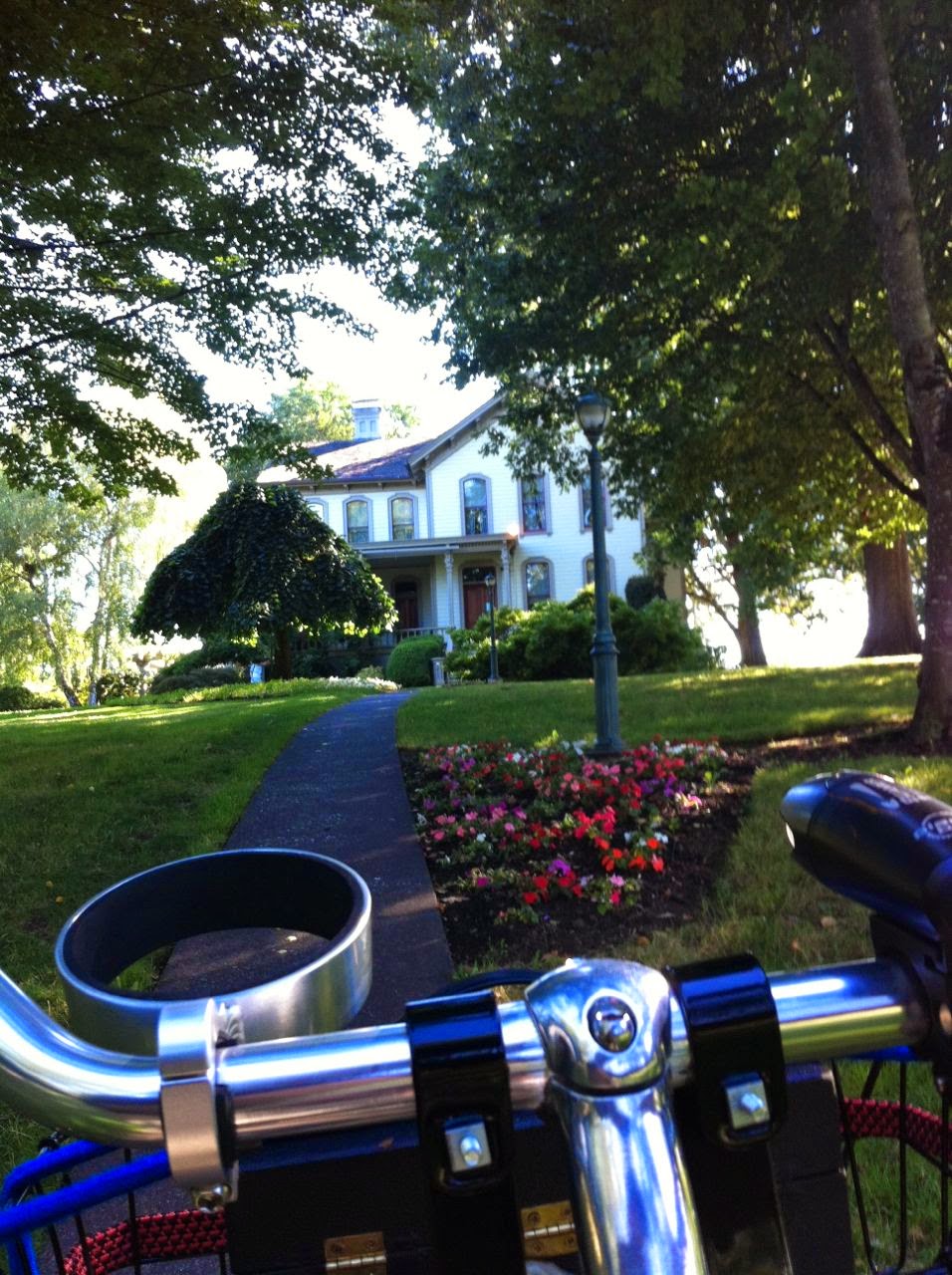 It has been months since I last wrote something on this blog, and that post was only vaguely bicycle related. So, I began to think (while on vacation, which gives me time to think, when I come to...uh, think of it...) about what it means to keep a blog—even one that cannot be described as hard-hitting, widely-read, or at all significant.

There are many ways to go about any such enterprise, I suppose. But it is likely best to keep one's commitment to such a venue firmly grounded in one's own gift and temperament. In my case, that means that writing for a local utility biking and living blog will be desultory, at best.

Desultory: now, that's a word I like to use, but don't see to many folks employing these days. Its origins go back to the sixteenth century and the Latin word for “vaulting around.” The word has to do with something happening in an irregular, occasional, random, and (possibly) unfocussed way. In this use, I’m emphasizing the “occasional” aspect of the word. I like to write about travels in and around town as well as about what livability might mean for people in our day—but only occasionally. Desultorily = fun, relaxing, and unforced for me.

Many of us today live lives with increasing amounts of low-scale demand. We are tethered to computers and so-called smartphones, and we refer to the Internet a great deal for all sorts of things. I can be reached at all hours via multiple channels and modes. It is increasingly hard for me to get that most elemental part of the fabric of life—time—to think and reflect, to delight and to wonder.

Writing a blog like this is really one way of sharing the fruit—however tiny and peculiar—of one’s imaginings and experiences. Think of it as a very offbeat and limited intellectual version of a farmer’s fruit stand.

Carrying this metaphor a little further, just like the farmer who has to wait for the crops to sprout grow and mature, so must any writer take time to tend the garden of the mind so that something of interest can come forth from it.

And that is what vacation has been for me…a time to let the waters run down the garden plot, to do a little weeding, work in some mulch, and to allow some much-needed sunshine to transform the hardpan of my recent life and schedule into the loamy humus required for creativity.

The Parable of the Sower Jesus told is very much on point with this. He speaks about seed cast on hard soil, amongst weeds, amidst birds, in the hot sun, and on good, productive, well-watered and protected ground. The other name for this parable is The Parable of the Soils. The parable emphasizes how important the "soil," the condition of one one's life (the thinking, reflecting, acting, choosing, and growing) really is. You can’t just let this stuff “happen.” It has to be a priority.

For some (like our good friend “Salem Breakfast on Bikes”), that means a very regular discipline of writing. That produces great amounts of insight, reportage, and community. For others, it means waiting for the sower to pass by and let the seeds fall on the right earth—the kind prepared, tended, and cared for. I fall into this latter category.

Writing these various entries is very much an expression of having had some time to think as well as time to experience. When all of that comes together—as it has not much over the last months—then the seeds mature and the harvest is in view. This year has seen far less of that kind of time in my life, and I miss it. I pray the Sower will pass this way again soon, and that the soil will be ready and waiting to receive what falls from his hand.