An Oatcake-y sort of day... 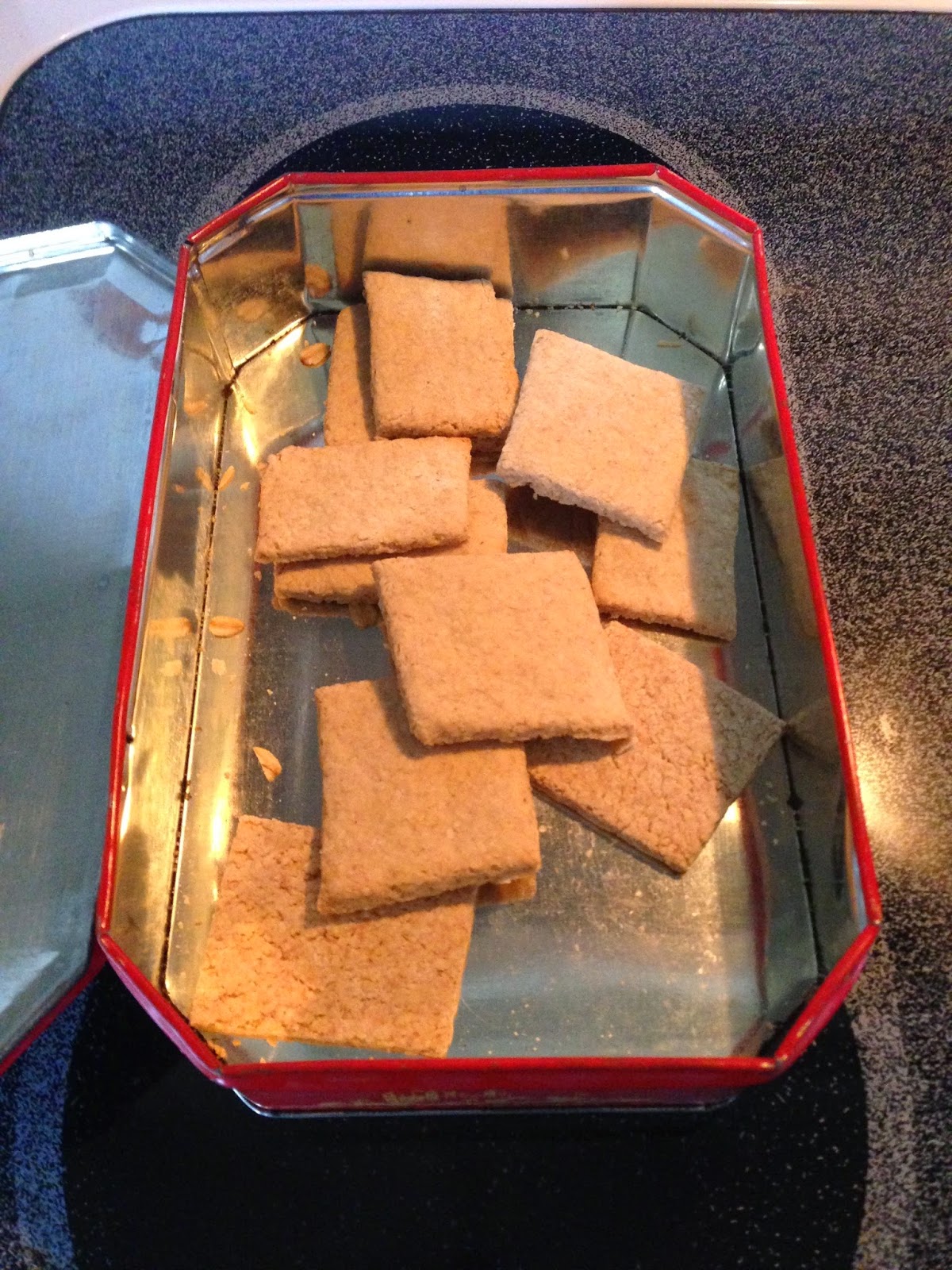 All year, but especially during Lent, one of my favorite snacks is the lowly oatcake. They are easy to make, easy to clean up after preparing, and very healthy. They are especially tasty with a hot cup of tea, and go marvelously with a good, sharp cheese 'round about four o'clock of an afternoon. I'm told they are splendid with paté...I'll have to try that sometime after Easter.

When the weather is unsettled, stormy, or "cold and raw," these little numbers are just the ticket. We have had a couple of oatcake-y days this year, and I'm glad to share a simple recipe to grace these less than satisfactory weather days.

The oatcake is a staple of Scottish cookery, and they are also well known in Ireland and other places in that often cold and rainy part of the world. Last summer, while I was in Scotland on pilgrimage, I purchased some examples of the "Real Deal," the (apparently) famous Stockan's Oatcakes from the Orkneys. I dinna' suppose you can get more authentic than that. They were, indeed, very tasty...and their flavor was almost precisely like the ones I have been making for years. How satisfying. 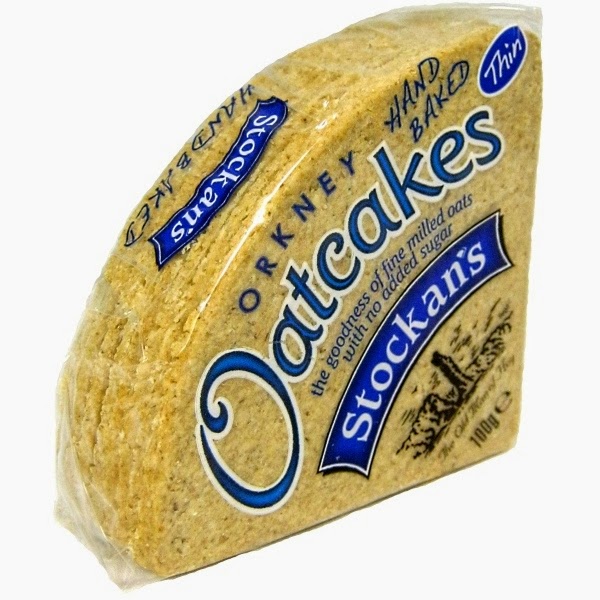 Oatcakes make a great little treat before cycling, especially in winter. I sometimes bring a few to church with me so that before I set out for home at the end of the day, I can have a cup of tea from the samovar (it stands ready to serve out Russian-style tea most of the year in my office--just drop by!) and munch contentedly on some crisp oatcakes (sort of "two-for-the-road" in a healthy way).

There are many ways to make oatcakes. Some like them thick and chewy. Some like them thin and crunchy. Some prefer them round, others square, &c. I tend to like them very thin, crispy, and cooked enough to have a nutty taste (sort of like a cracker, really). When being a bit more fancy, I cut them into circles. Normally, I just roll them out and cut them into rough squares with a pizza wheel (well, I am part Sicilian, so...). I always make a double batch. Being the product of a thrifty culture, they keep for a number days; I never have to throw any away.

Here is the recipe I use, from my very non-Scottish kitchen, but apparently tasting like the genuine article:

Pre-heat oven to 350° F (I like to use convection baking, to make them very crisp)

In a food processor, grind the oatmeal until it is a fine powder. Some might want a coarser grind, but I  tend to like it very fine.

Add the flour, baking powder, and salt. Run the processor until everything is very well combined. [I sometimes add a dash of cinnamon at this point...not authentic, but tasty. These cakes by themselves almost have a cinnamon taste to them naturally.]

Add the butter (in one tablespoon chunks) to the dry ingredients and process until it is all evenly distributed (a food processor is splendid for this).

While the processor is running, add the hot water. It should form into a warm ball. Stop processing.

Prepare a board or other surface to receive the resulting dough by pouring the 1/4 cup of reserved oatmeal onto its center. Removing the dough from the processor, place it on the pile of oatmeal. Pat flat. Take a rolling pin and roll out your dough to the desired thickness, using perhaps a bit of flour to keep the dough from sticking to the rolling pin. The oatmeal is there to keep the dough from sticking to the board. It is also rather pretty when you turn the cake over after cooking.

Cut the dough into the shape you desire (a small drinking glass serves well to make circles).

Place oatcakes on a baking tray and put into oven. Cook for 12-15 minutes. Check to see if cooked to your satisfaction. I often cook mine for 18-20 minutes.

Cool on a rack.

Enjoy on your next oatcake-y day!